One of Rome’s many pleasures is the ability to quickly escape ambient street noise by walking into a beautiful space with sublime music enveloping you. Churches are often the venues for early evening concerts that allow work weary Romans and hassled tourists to recharge their souls with sounds from the seventeenth and eighteenth centuris as they sit among marble pillars and gilded altars. One such perfect place to acquire this inner peace is in Sant’Agnese in Agone where music of Vivaldi, Frescobaldi, Monteverdi and other geniuses of the Baroque can be heard this month and next. “Music in Bernini’s Rome” will be held on March 24 and 31 and April 7 at 6:30 PM while Vivaldi’s Four Seasons will be performed on Sunday March 27 at 5 PM. 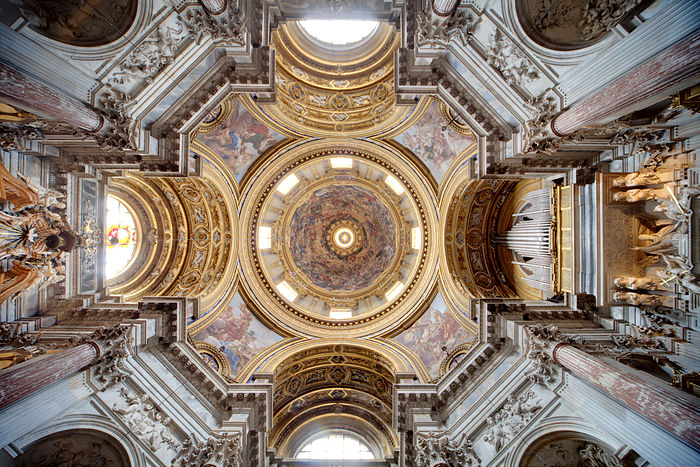 The setting for the concerts is the magnificent Sant’Agnese in Agone, built under Pope Innocent X (r.1644-1655) whose family palace (Palazzo Pamphili) was next door. Constructed in the form of a Greek cross, the church had no less than four architects involved including Francesco Borromini and Gian Lorenzo Bernini, the last of whom was responsible for the Fountain of the Four Rivers in the center of the Piazza Navona. 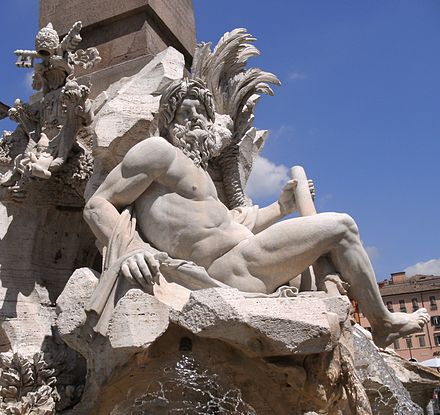 Detail of Bernini’s Fountain of the Four Rivers

The foundations of the church are the stone seating and arches of the stadium built by the Emperor Domitian in the late first century C.E. for Greek-style games. Twenty thousand spectators watched athletic events in this space through the fourth century, and the modern piazza with its restaurants, hawkers, tourists and artists retains the shape of the ancient venue for footraces, boxing and wrestling. Arcades from the stadium are still visible at the north end of the piazza. The church itself is named for Saint Agnese who died, according to legend, as a martyr in one of the brothels that could be found under the arches in the stadium. 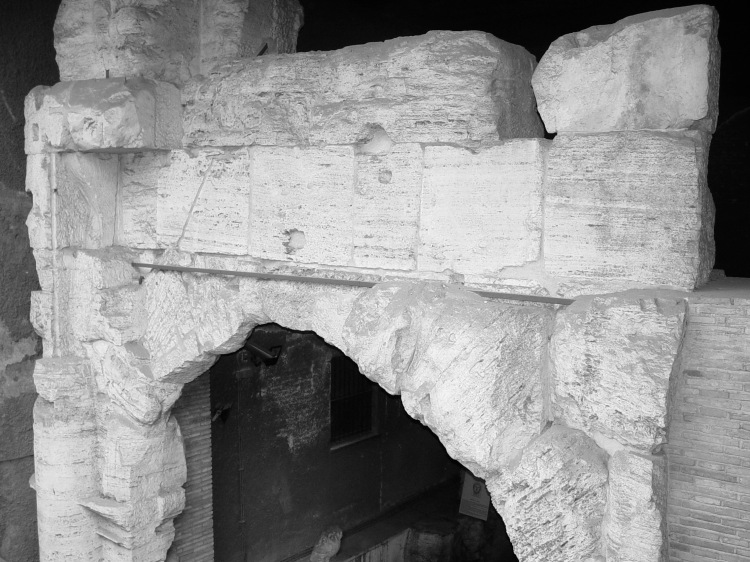 Arch from Stadium of Domitian

Leave both the ancient and the modern city behind and walk into the Baroque, enjoying an hour of wondrous music in a perfect setting.